Part of the group EGAU (Etudes en Groupe d'Architecture et d'Urbanisme), Edgar Henri Lelubre was an important belgium architect who activated in the development of the architecture and urbanism in the Liege region between 1950 and 1970.
Lelubre, Edgard Henri (Ghent, 1904 - Gent, 1970) studied painting and drawing at the Art Academy of Ghent. He was an architect and professor at the Royal Academy for Fine Arts in Ghent.
He got the title of Master Builder Academy of Ghent after winning the Great Price in 1928 of the competition organized for young architects.

As F.De Smet used to say "Un architect comprend des mieux la destination places d'une maison en se rendant compte de l'ameublement et des détails qui doivent les on compléter et les caractériser." – “An architect better understands a house places destination while thinking about furniture and all the details which must accomplish it and provide it its character”.
Edgar Lelubre has designed various items, such the sideboard we would like to introduce here for you.
Straight lines, realized in a mix of two precious wood essences: cherry and macassar to underline the clean design, this small sideboard could become a wonderful piece in your interior. 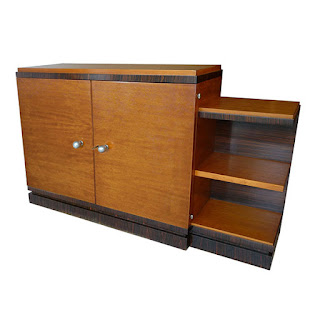 There are very few information regarding this dedicated architect who had such big influence in the urbanism development of the Liege area, most of all related to the buildings who had projected. 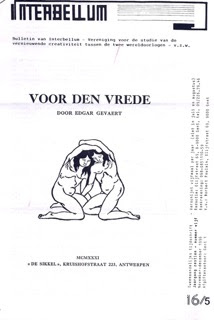 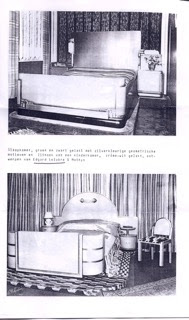 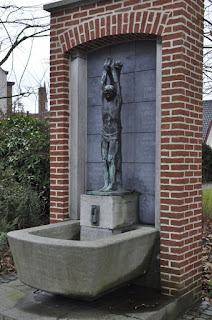 Place A. Depoortere
This monument is a symbol of all members of the Guild of Saint Sebastian died for their country. The sculptor is Verbanck Geo (1881-1961) and the architect Edgar Lelubre.